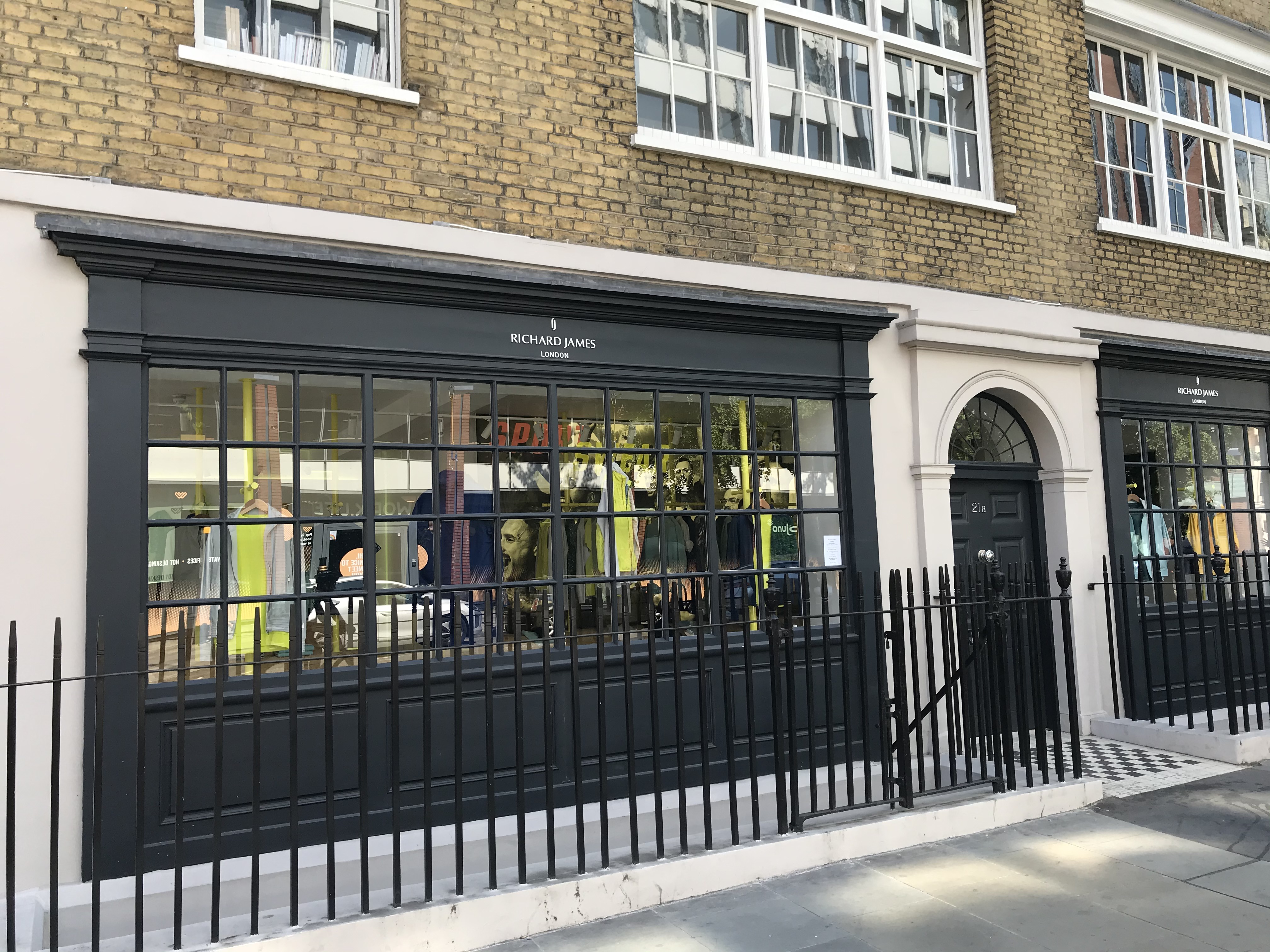 We have worked with Richard James since Bobblehat was founded in 2013. We have delivered multiple projects for this fantastic Savile Row brand which include multiple exhibition stands at Pitti Uomo - Florence, stores in London and retail concessions in Selfridges. 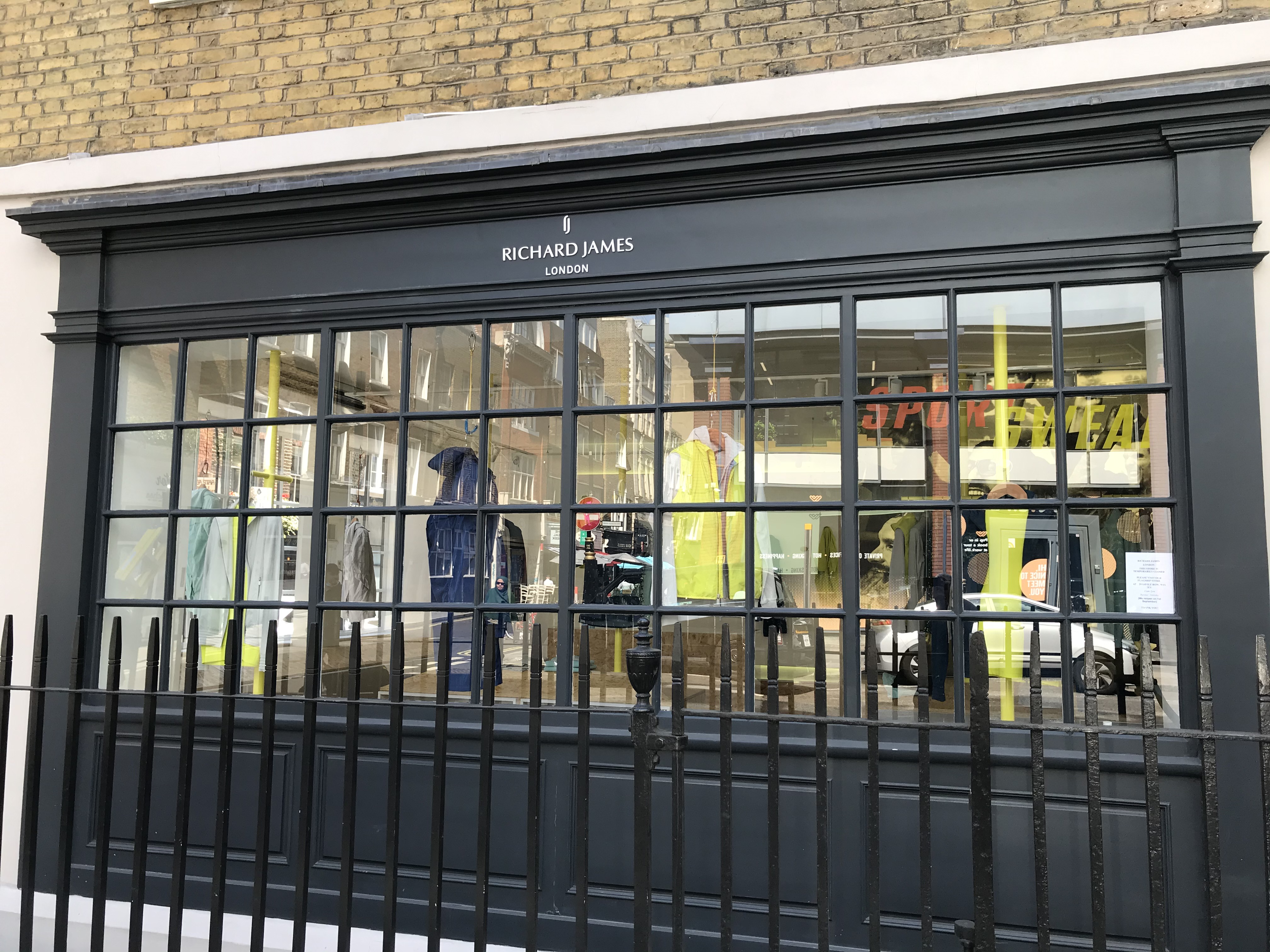 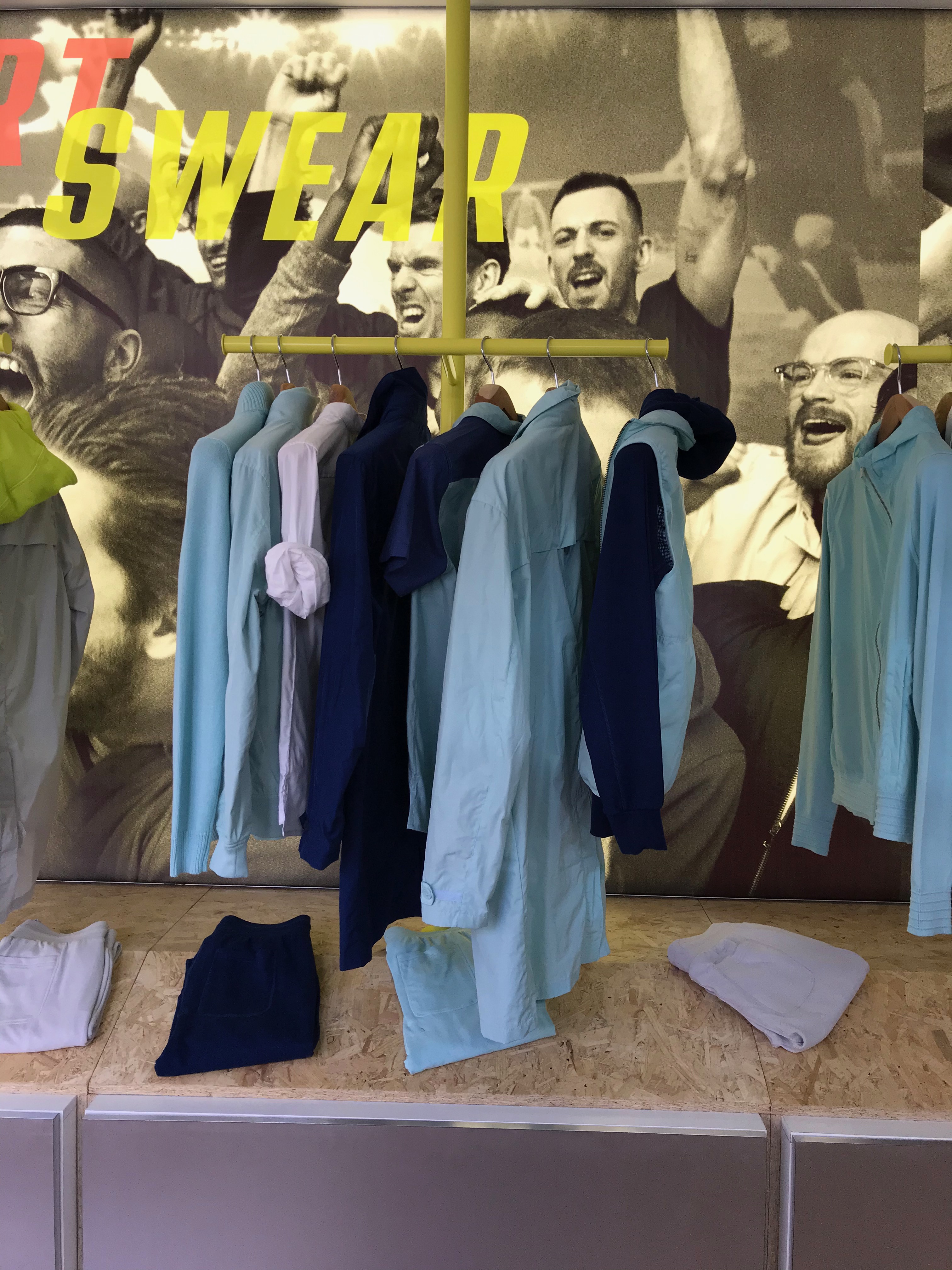 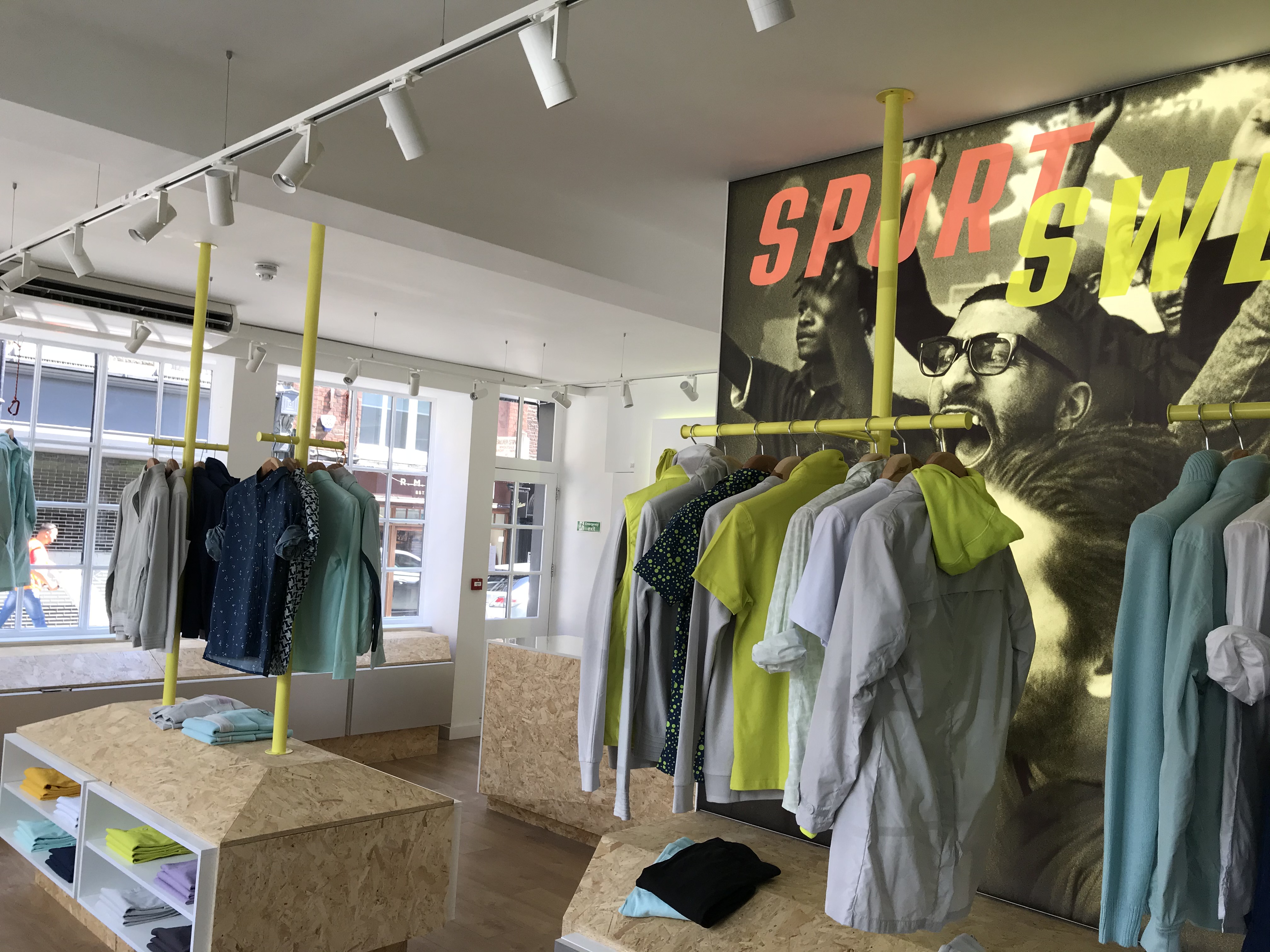 03
In July 2020 Richard James opened its sportswear sub-brand in London's Soho. We worked closely with their team to help bring their vision to life. In contrast to its dark exterior the mood inside changes to a bright and contemporary welcome. White walls and ceilings are punctuated by simple fixtures, fabricated in sterling board and yellow powder-coated steel. Spotlights, mood lighting and a large back-lit fabric graphic all add to the ambience. 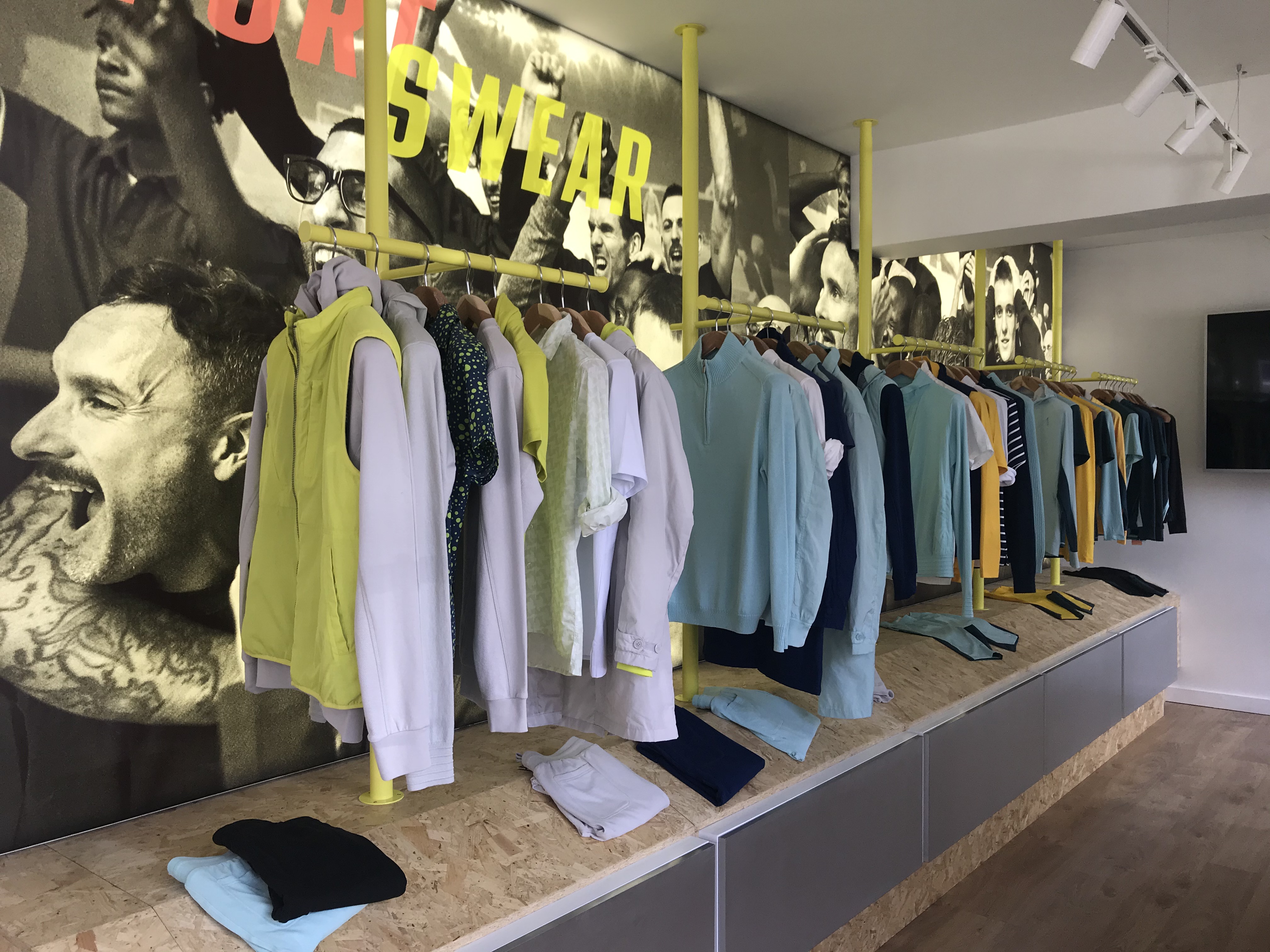 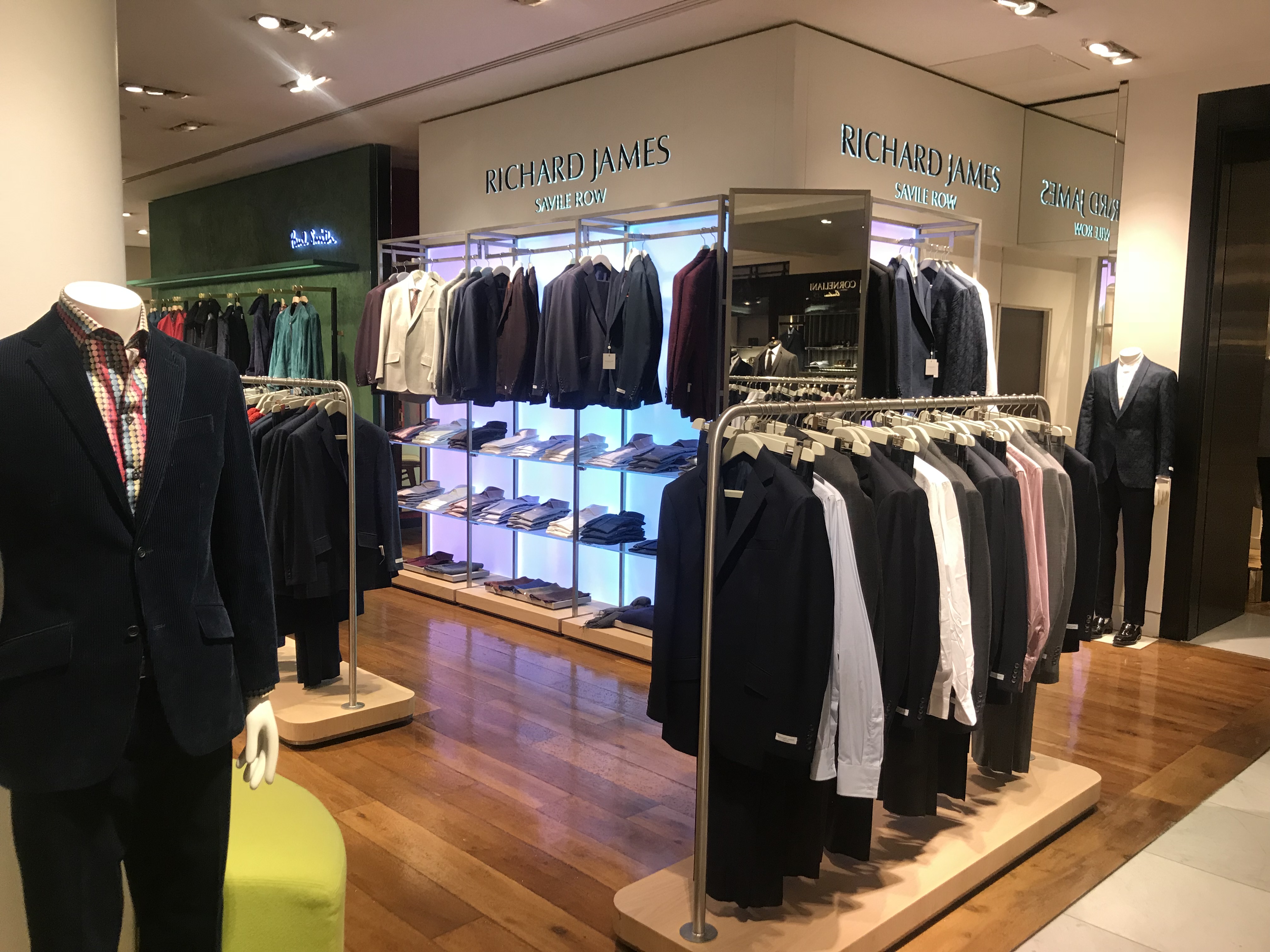 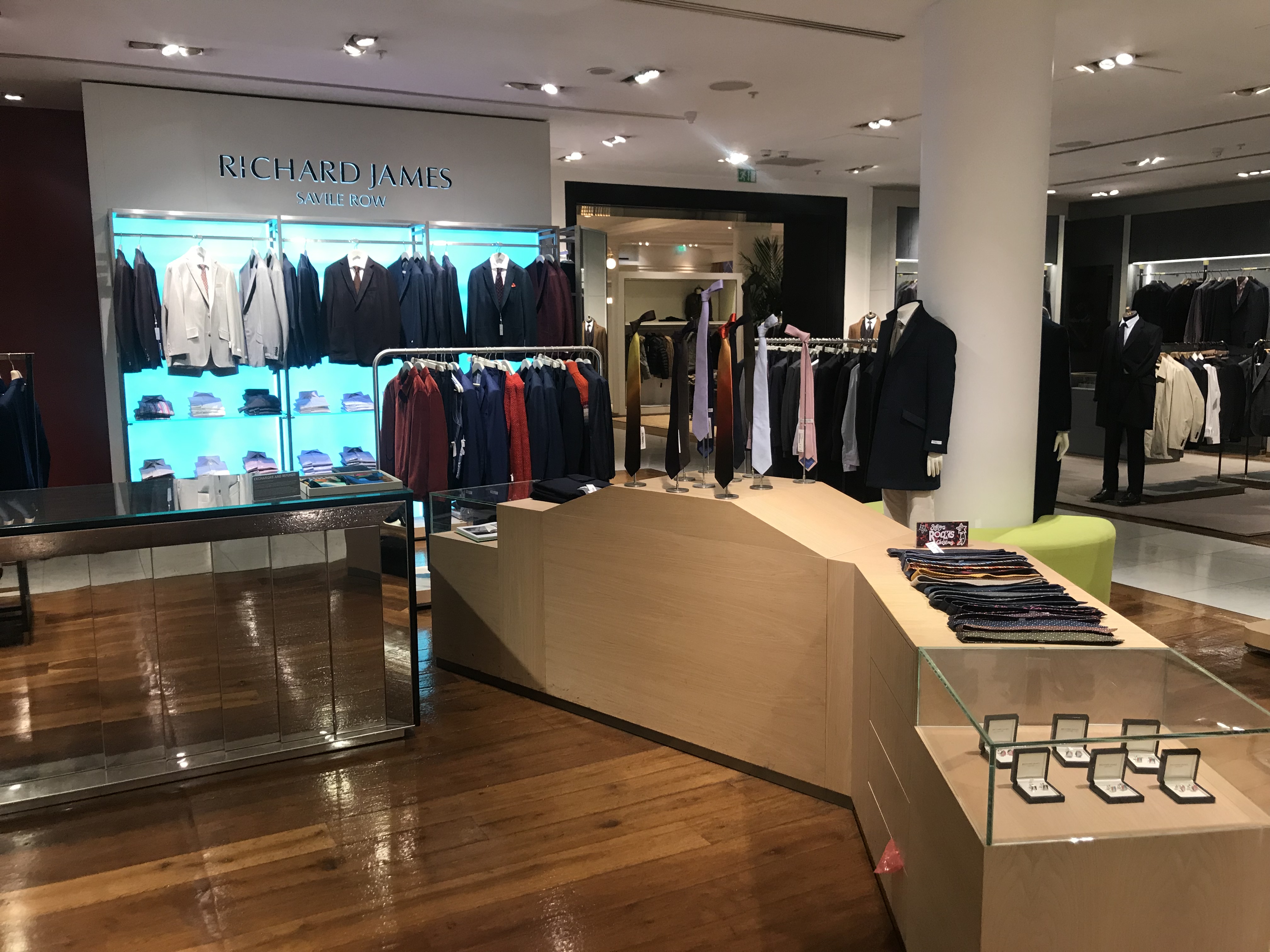 10
"From shopfitting our Selfridges concession to building our Pitti Uomo stand, Bobblehat have provided a consistently high level of service and brought projects in on time and within budget." 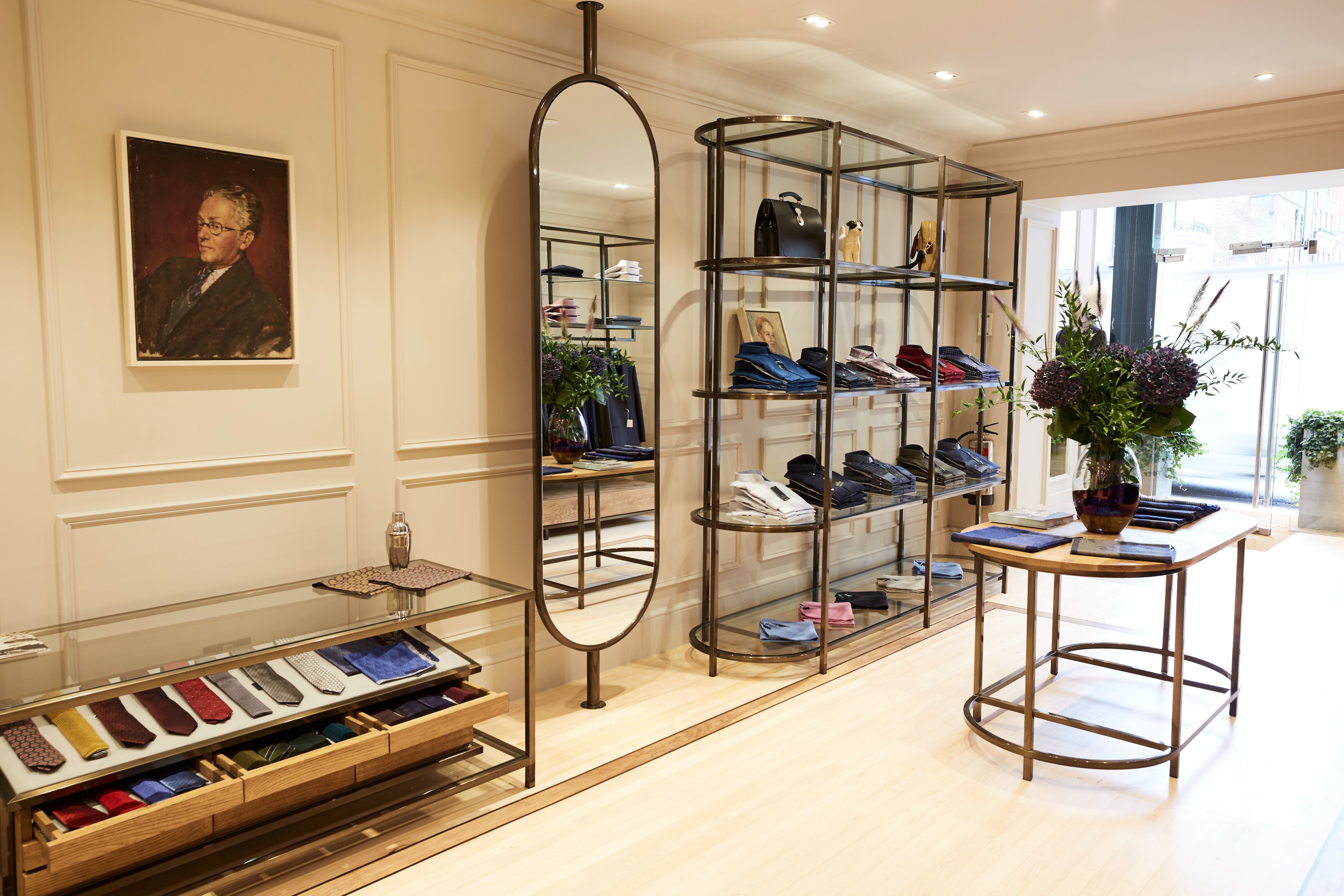 We have worked with Chester Barrie for many years. Our favourite project with this classic mens tailoring brand was the redesign and fit out of their flagship store on Savile Row back in 2018.